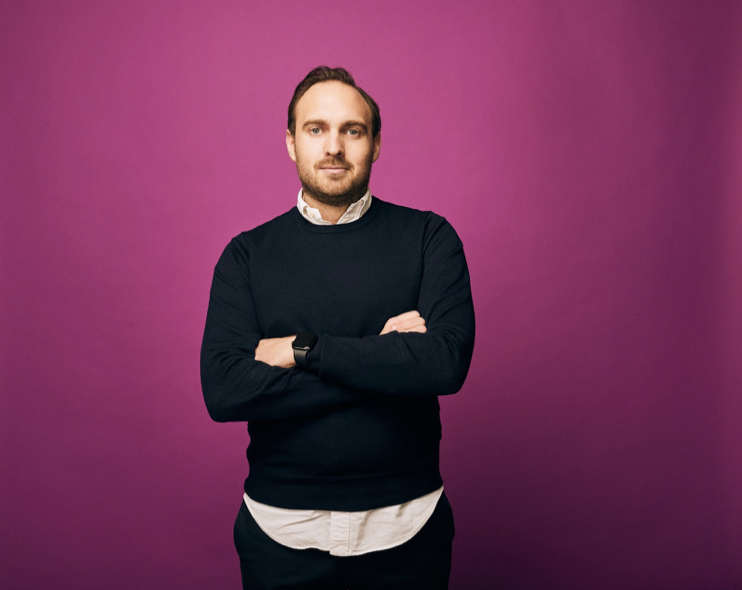 Rob’s new role as CMO in New York will see him driving VCCP NY’s reputation and growth. Robert will be building a team of new business and communications specialists from the ground up, ensuring steady business growth and elevating the agency’s positioning as the challenger agency for challenger brands.

Starting his career with VCCP 12 years ago, Robert worked his way up to CMO for the EMEA region. In London, Robert helped grow VCCP’s footprint to be recognised as the most in demand agency for new business from 10 out of the past 11 years. As an integral part of the VCCP London team for the better part of 12 years, Robert successfully helped win new clients including LinkedIn, Honda Motorcycles and Everli.

Rob’s new role in New York follows the appointment of Brett Edgar as the Groups first ever North American Chief Executive Officer and Caroline Grayson as Managing Director of VCCP New York in October. Both join Jonny Shaw, the group’s International CSO and Ray Del Savio, ECD NY to make up the management bench. These major hires are testament to the rapid growth in North America and mark a pivotal moment for the agency as VCCP continues to expand and add significant brands to their roster of clients.

Rob also plays a key role in the growth of VCCP+, VCCP’s dedicated global gaming arm, which is headquartered in New York. VCCP+helps brands navigate and leverage the 2.7 billion person Gaming Multiverse by delivering data-backed solutions to help brands build long-term value in the space and challenge the ways gaming is traditionally viewed and activated.

Brett Edgar, North America CEO at VCCP, said: “We’re committed to continuing to drive new business for the North American market and carving out our place in the competitive advertising landscape. Off the back of successful award-winning campaigns for brands like White Claw, Google and T-Mobile, with more opportunities in the works, we are excited to attract new challenger brands as we continue to grow and expand. Rob will be instrumental in the growth of the New York agency and driving our proposition, evident by his successes in London.”

Robert Wills incoming New York CMO at VCCP, said: “After an incredible 12 years at VCCP in London, I am excited to be joining such a world-class team in New York at such a pivotal time for the agency and look forward to sharing over a decade of learnings from working with the team in London.”

Alongside his NY responsibilities, Robert will work closely with Josh Robertson who is the group’s CMO for the APAC region. Stephanie Brimacombe, the Group’s Global Chief Growth Officer commented on how Rob’s transfer now “truly allows us to deliver on VCCP’s global ambitions. We now have 2 incredibly talented individuals in Rob and Josh looking after our new business and marketing efforts in the North American and APAC regions, both of which are a key focus for us as a business and I look forward to working with them both to drive the next generation of clients into the VCCP Group, and building on the success we have already achieved in the UK.”

VCCP London, has today announced the expansion of its RX team with the hire of a new creative director. Signalling further investment into its... leer más
AGENCY: ,

Walkers ask the nation to share if they find the pinnacle of snacks, the heart shaped crisp

Today the nation’s favourite crisps*, Walkers, is launching the ‘Love From Walkers’ campaign. With the help of its global agency of record, VCCP... leer más
AGENCY: ,