To announce the next GLOBAL CLIMATE STRIKE on March 25, Fridays For Future U.S. launches “We Don’t Care”

The spot, concepted by FRED & FARID Los Angeles, answers a simple question: “If current generations don’t care about the future of our planet, who will?”

For Gen Z, climate change is personal. Within the short time they’ve spent on this earth, record-breaking wildfires have become the new normal, hurricane relief funds permeate their social media feeds as often as branded content, and many of them are now entering early adulthood during the third year of a global pandemic. Considering the emotional toll of witnessing the destruction of the environment, alongside the usual woes of adolescence, it makes sense that 76 percent of this generation considers climate change among the biggest societal concerns, according to a 2021 Pew Research survey1.

Historically, mainstream society has found it all too easy to brush off the effects of climate change as some distant possibility. Many assumed climate change was a political exaggeration, or a hypothetical problem to be solved in the very distant future. Either way, climate change was far off the radar and has consistently been pushed to the back of the social agenda.

But what if Gen Z treated the future of our planet in the same way as their predecessors, as if the wellbeing of the earth is a cause unworthy of their time? 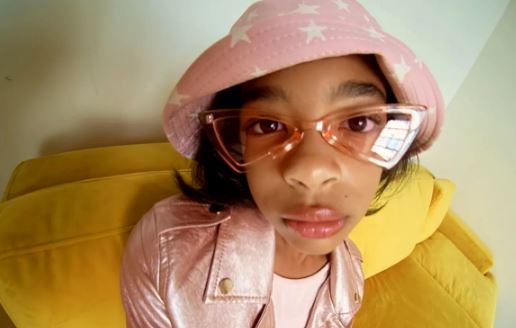 It doesn’t take much imagination to picture the outcome. Due to this exact sentiment, 2021 brought catastrophic floods to Germany and China, devastating droughts to the entire East African region, and wildfires burned down more than 7.6 million acres of land in the United States alone. Add in the increased spread of infectious diseases and COVID-19, both of which have been exacerbated by climate factors such as temperature, wind speed, and humidity2, and it’s a recipe for imminent disaster… unless we take action ASAP.

To announce the next Global Climate Strike on March 25, Fridays for Future U.S. unveils “We Don’t Care”, a new spot created by FRED & FARID Los Angeles. The film introduces a cast of casually cool pre-teens who question the legitimacy and purpose of climate change concerns directly to the camera. Juxtaposing the same rhetoric stubbornly upheld over the last three decades with these fashionable adolescents, the spot establishes urgency while its stars skateboard, sing, and mess around without a care in the world. Although the energy of the film is lighthearted, enriched with the flair of a ‘90s public service announcement, the message at its core is paramount. We need to turn familiar apathy into serious concern, and serious concern into immediate change.

Ending with an earnest call-to-action, Fridays for Future reminds us: “if we don’t care about climate change, who will?”

Katharina Maier, Organizer with Fridays For Future U.S. (fridaysforfutureusa.org): “The good news is that scientists believe limiting warming is absolutely technically possible. With renewable energy technologies, changes in farming and transport, and shift in our society's norms, we can limit warming and avoid even worse outcomes. However most of us are not shifting our way of thinking, way of living, way of consuming, way of communicating, etc… It is urgent to act to save our planet before it’s too late and together we can. If we don’t care, who will?” “I Love You, California” For the upcoming GLOBAL CLIMATE STRIKE on September 23, Fridays For Future U.S., the movement inspired by Greta Thunberg,... leer más
AGENCY: ,