A Blue Poster With Green Fingers

The bank HSBC installed billboards whose life-giving lights made Manhattan a little greener.

You’re probably aware that plants need light to grow. But did you know that photosynthesis is enhanced by certain waves of the light spectrum – like blue, for instance? The bank HSBC has pledged to reduce its environmental impact and help its clients do the same. In order to communicate the initiative, the bank and its agency Wunderman Thompson created billboards with blue backlighting, and installed them right next to the rare green spaces in Manhattan. So while talking about sustainability, the bank also shed some growth-giving light on urban plants. A rare example of posters that contributed something life-enhancing to the cityscape.

At Wunderman Thompson we exist to inspire growth for ambitious brands. Part creative agency, part consultancy and part technology company, our experts provide end-to-end capabilities at a global scale to deliver inspiration across the entire brand and customer experience.
We are 20,000 strong in 90 markets around the world, where our people bring together creative storytelling, diverse perspectives, inclusive thinking, and highly specialized vertical capabilities, to drive growth for our clients. We offer deep expertise across the entire customer journey, including communications, commerce, consultancy, CRM, CX, data, production, and technology.
In 2020, Wunderman Thompson launched Inspire, a proprietary global platform that explores what makes brands inspiring and what inspires consumers. Rooted in a rigorous, multidimensional research methodology, the platform identifies the qualities a brand must embody, the narratives it should weave, and the experiences it can design in order to spark people’s inspiration, and culminates in an annual list of the Inspire Score Top 100 Most Inspiring Brands in the World.
Wunderman Thompson is a WPP agency (NYSE: WPP).
For more information, please visit us at www.wundermanthompson.com, subscribe to our newsletter, and follow Wunderman Thompson on our social channels via Twitter, Facebook, LinkedIn, and Instagram.

‘The Birds & The Bees’: The UNDP wants kids to have ‘the talk’ with parents about saving life on Earth 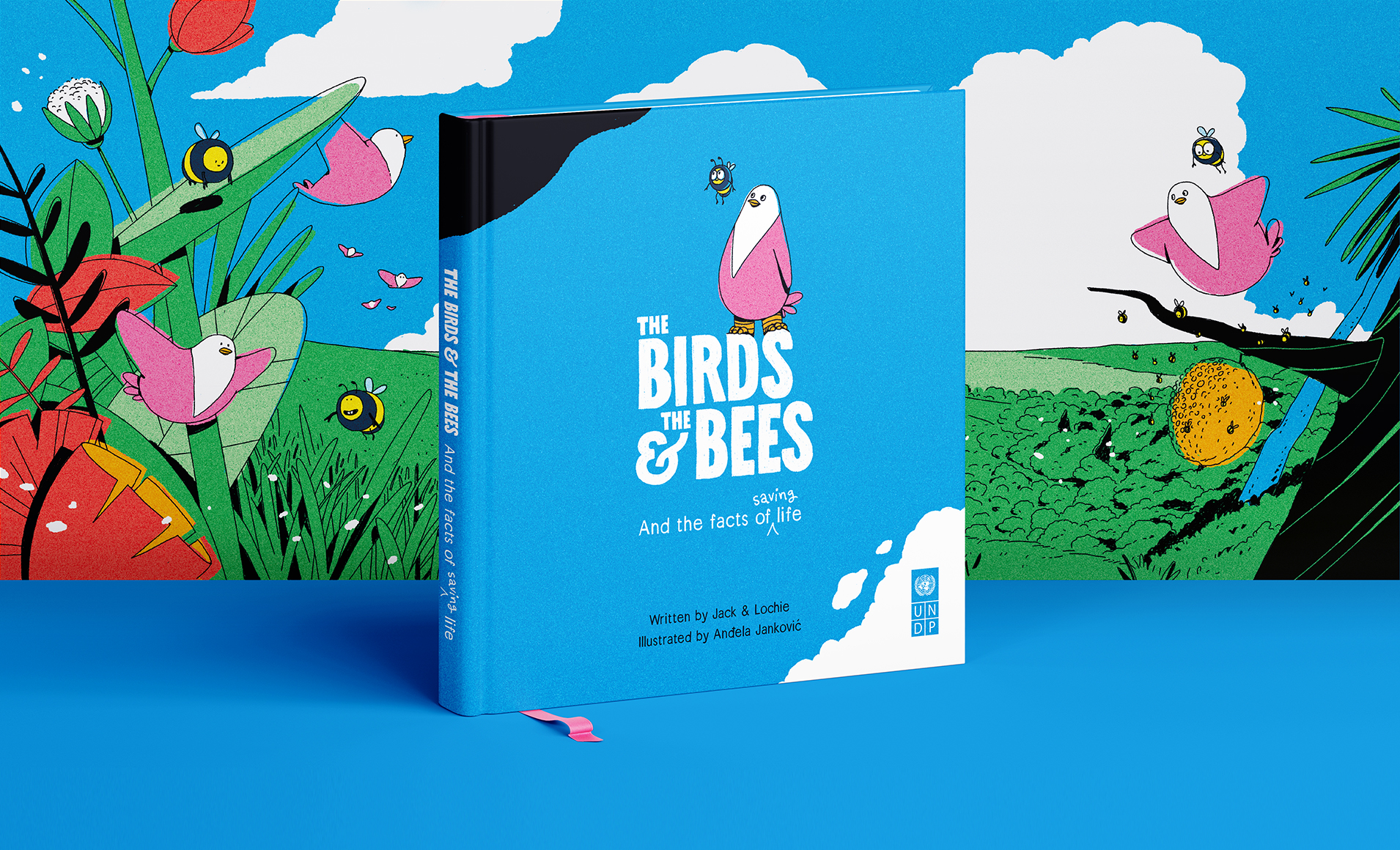 The United Nations Development Programme (UNDP) today announces the launch of a new children’s book ‘The Birds & The Bees’, reminding kids that even though they don’t have a vote on how leaders’ tackle climate change, they do have a voice.

Traditionally a talk for parents to have with their kids, this version of ‘The Birds & The Bees’ isn’t a story about how life is made, but how life on Earth can be saved.

It helps kids talk with parents about what greenhouse gases are doing to our planet and shows them how one conversation can lead to a brighter future for the birds, the bees, and every single one of us. Importantly, it reminds kids that they have the power to protect the planet by talking with the adults in their lives who care about their future.

The book has been developed in light of the fact that today’s children will be more affected by climate change than any other generation. In fact, a recent UNICEF report that revealed nearly every child around the world is at risk from at least one climate change event today, including heatwaves, floods, cyclones, disease, drought, and air pollution. What’s most concerning is that approximately one billion children are at an 'extremely high risk' of the impacts of the climate crisis, experiencing three or four of these impacts simultaneously.

Jack Elliott and Lochie Newham, co-authors of the book from creative agency Wunderman Thompson Australia said: “The birds and the bees has always been a famously difficult conversation for parents, but talking about the future of our planet can be even harder. We wanted to not just create an engaging story, but a tool for kids to make their voices heard. After all, people might not care for politicians or scientists, but they do care about their kids.” 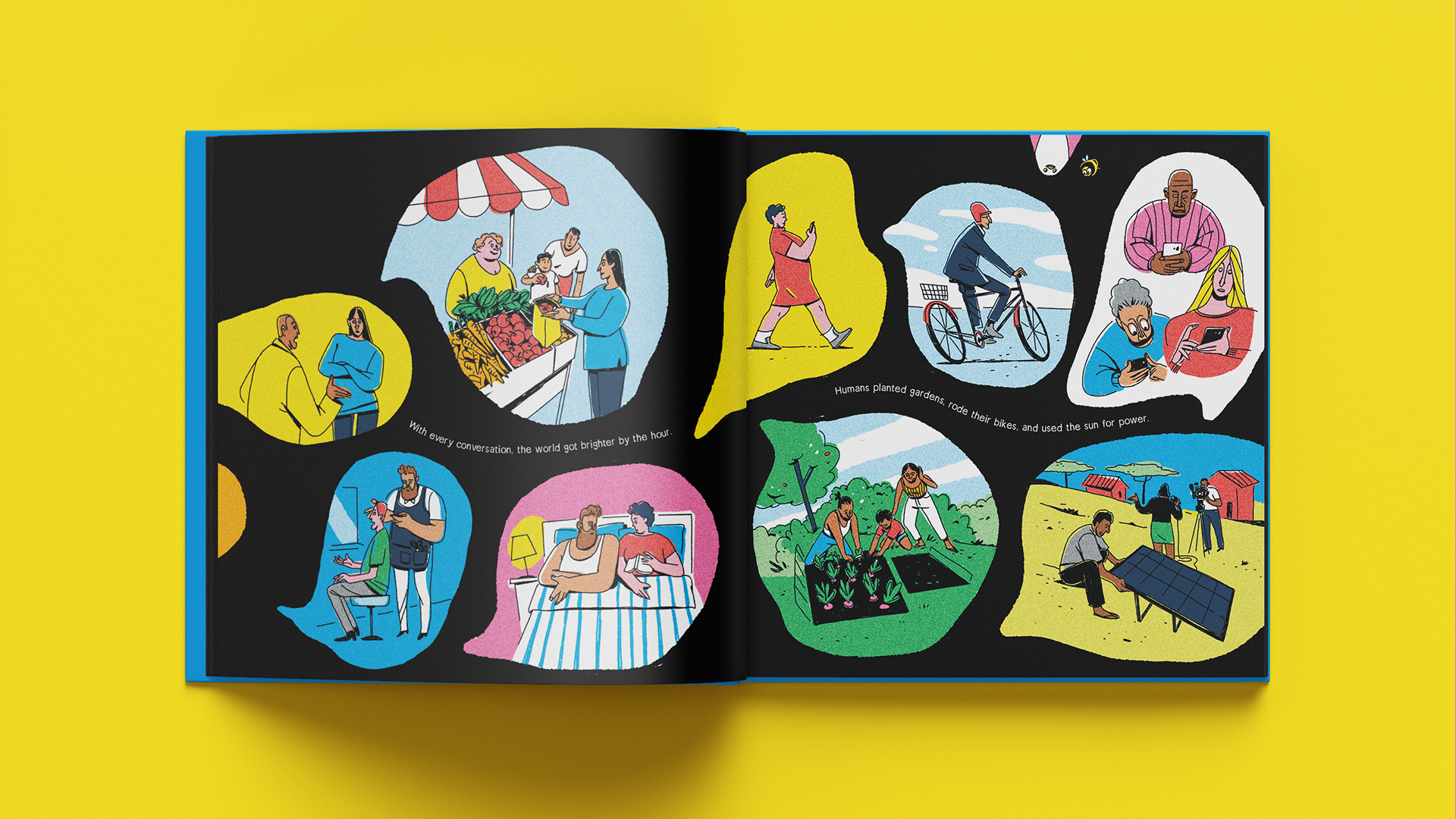 Melanie Zanetti added: “Like Bluey, ‘The Birds & The Bees’ is created for children but has meaningful messages and layers for adults as well. This book provides an opportunity for kids and parents to talk about some big topics together and encourages a dialogue across generations about the urgent need to tackle climate change - one of the biggest issues facing humanity today and a cause I am deeply passionate about.”

The book is part of the UNDP’s ‘Don’t Choose Extinction’ campaign that launched with a dinosaur addressing the United Nations, urging the world not to choose extinction.

The book will soon be available in all 6 UN languages (English, French, Spanish, Arabic, Russian and Chinese) and is available to pre-ordered now in English from the UNDP Shop. French and Spanish versions will also be released in the coming weeks.

The book is also currently available as a free e-book and audiobookensuring accessibility for all.

Pre-order ‘The Birds and The Bees’ here.

View the e-book here, with the audiobook made available soon.

The Car That Went Everywhere

When Movies Focus on Grocers Not Grosses

A Billboard With Extra Visibility