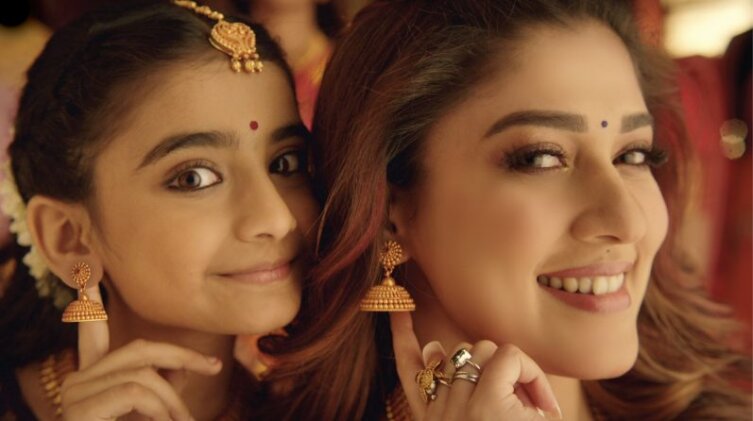 
How long has your agency and the brand been working together? How did the relationship begin?

Lowe Lintas has been in a glittering relationship with Tanishq for over 25 years now, partnering Tanishq since the moment it was born. We even named it Tanishq, an unusual combination word, of tan (body) and ishq (love), concepts that went very well with jewellery.

How would you describe the relationship between you and this client? What makes it special and how has the dynamic changed since you first began working together?

Ours is a relationship based on trust (hard to see any other kind survive the test of time).

For a brand that made beautiful objects of great desire, we created advertising that people would never tire of watching. While Tanishq corporatized what was once purely a family venture, we joined forces on what would be a sparkling adventure.

While they always believed in kindling the lovely, warm relationship, we loved them for being open enough to break the convention and norm. While they became emblematic of the confident, changing Indian woman, we immersed ourselves in making dazzling jewellery more human. While their innovations and efforts made them a shining face in the crowd, we were always behind them, extremely committed and fiercely proud. It is now two and half decades since our relationship became official, and it makes us want to say that even a silver cloud can have a golden lining.

What has been the most innovative/successful campaign created by your agency for the brand?

The ‘Remarriage’ campaign. This featured a woman, with a daughter from her past, tying the knot again. The high point of the film is when her husband, on seeing her daughter eager to join in the ceremonies, picks the child up during the ‘Saat Pheras’ (Indian wedding ritual), creating a convention-breaking image of taking on the responsibility of the daughter as well. This film created a huge buzz in digital and news media across the world, and triggered countless conversations in social circles, because it portrayed a completely new aspect when it came to contemporary relationships.

What has enabled you to stay in a partnership for so long? How do you plan on keeping this relationship, going forward?

We are realistic about what to expect from each other (after all, we are not teenagers anymore). We are, and will always be, honest and transparent. We have always believed in giving the partnership room to grow and consider each other as part of the same team.

Is there a special approach you use in the creative process to keep the work fresh?

Very simple. For us, creativity or the creative process that we go through isn’t a job, it’s a belief. And that belief is based on discovering fundamental truths coming out of the larger social, cultural and political context that we live in. While we ensure that all our expressions are based on a time, our truths are timeless. To us, Tanishq is a part of culture, not marketing.

What’s been the biggest change in the industry for the brand? How did you adapt to meet this change?

Until the advent of Tanishq, the category was focused almost exclusively on the product. The people who featured in brand communication were often used as inanimate mannequins. They were only there because it was necessary to showcase the new offerings against a human backdrop. While the other family jeweler brands were dealing in cold and static pictures, we decided to engage the audience by telling warm and interesting stories.

We had set out to create a distinctive culture and lifestyle around jewelry. It was thus important to pick one aspect of this, which the brand would look to explore and interpret uniquely. It would strive to add the sheen of contemporariness to it, recasting it for modern times. This would give the brand a defining context to operate in, something which would set it apart.

We found that context in relationships.

Actually, jewelry had always been about celebrating relationships. It catalyzed the underlying emotions in any relationship to take centre stage.

The competition viewed relationships as cast in stone, the dynamics of which could never change. Tanishq appreciated that whilst relationships were timeless, they were also progressive. This was especially true, given the changing attitudes of women in India.

Do you have a personal favourite piece of work you’ve done together?

Renault and Publicis: Inside the “Renaulution”

Yana Okoliyska on Life at Squared in Bulgaria