Don’t give up on your dreams and persistence will lead you to success. Rejection is just stepping stone towards success. 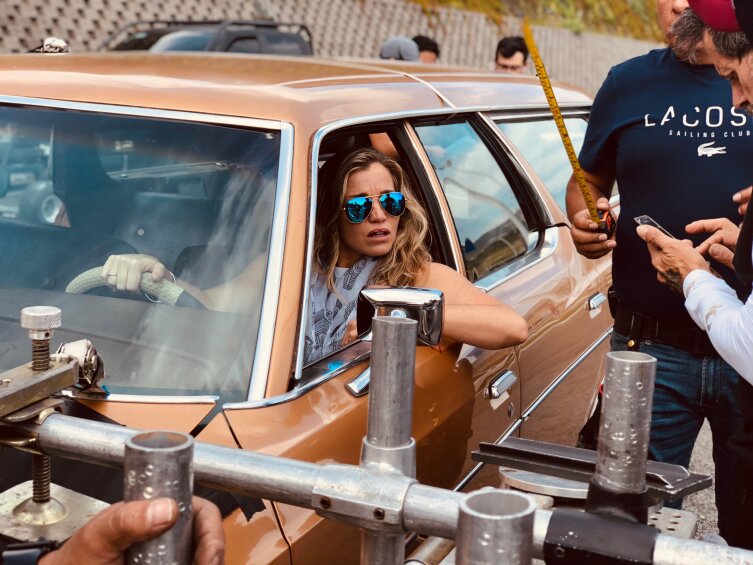 Tell us about your position; what are your leading responsibilities?

I’m the Executive Producer at Landia, leading the East Coast. My responsibilities are to grow the billings of the company by bringing in new clients and making sure our existing ones keep coming back. Another important role that I take very seriously is nurturing and supporting our amazing talent from around the world as well as attracting new directors to our roster.

In my daily role, it’s important to stay in touch and keep building relationships with the advertising industry, so I travel a lot on business, visit creatives and make sure our talent stays top of mind. But that’s just half of my day. The other half I spend supervising a team of producers from various countries, overseeing director’s treatments and of course producing my own projects while drinking lots of coffee.

What aspect of production is your favorite? What about least favorite?

My favorite aspect of production is being on set. Even though I don’t do it as often as I used to 15 years ago I still get butterflies in my stomach when I set the alarm at 4am for an early call.

My least favorite is waking up so early!

Tell us about the different areas of production: What do you specialize in?

Because of our diversity of talent, we handle many types of productions, from special effects, story telling, and comedy, to real people, cars, and fashion, with each one requiring a unique production design. Over the years, I’ve learned that the smoothing out the process is just as important as the production details and we take our client’s experience of the production process very seriously.

What is the most important thing young individuals entering the field should know about the industry?

Hustle. You gotta put the hours in, do the dirty work and hustle! It’s not as glamorous and fun as young individuals may think and the competition out there is fierce! But don’t give up on your dreams and persistence will lead you to success. Rejection is just stepping stone towards success. Did I mention hustle?

Are there any major misconceptions about the Production industry?

Yes, definitely. People tend to think that the production industry makes large profits on commercials when the reality is that in today’s very-competitive market, the clients have slashed their budgets. Now, we have to work a lot harder, for longer hours with less resources in order to achieve the same results and standards as before.

Tell us about what made you want to go into the production field: What did you do before your current position?

I was graduating from college, having studied international relations and business administration when  I met my (now) husband and moved to LA where I fell in love with production while being on set with him. He later mentored me throughout the entire process of production. I started as a PA and worked my way up until I became a producer, later an EP and then moved on to opening my own shop, Nunchaku. We had an amazing ride. It became an award-winning production company and I had the time of my life.

What do you look for in young individuals? What sets an individual apart from

I look for young individuals that are passionate about what they do, open to learning, and = are truly willing to do the work. That’s what sets them apart from their peers.

What is your favorite ad of all time?

“Thank You, Mom” directed by Alejandro Iñarritu for the P&G campaign during the 2012 Olympic Games. This one