In Publicis Brazil, women occupy 61% of the leadership positions. 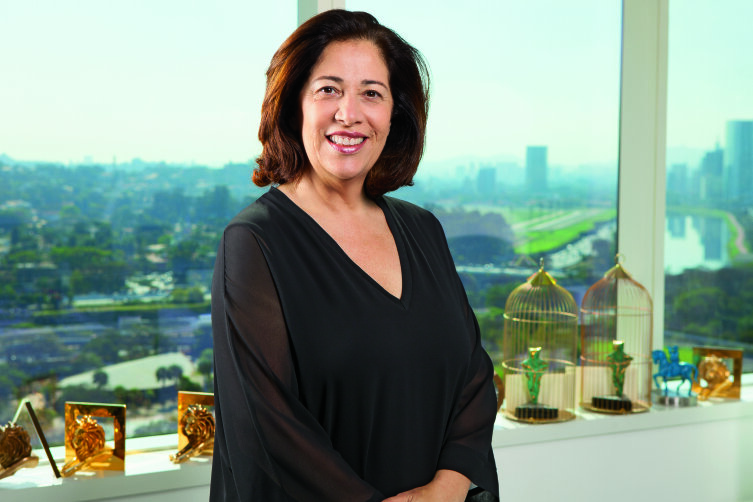 Tell us about who you are and what your job title is?

My name is Miriam Shirley, I've been working in the advertising industry for 25 years now, and since November 2017 I am copresident of Publicis Brazil, along with Eduardo Lorenzi. Before that, I acted as Media VP at Publicis for 3 years. I was general director of Media at Ogilvy for eight years, I've worked as the general director and senior VP of Starcom Worldwide in Mexico for six years and I've passed through Leo Burnett Chicago and Leo Burnett Brazil.

Was there a job you had at one point, outside of advertising, that prepared you most for success later in life?

More than a job, my life prepared me for what it was to come. I come from a simple family and I left home when I was 17 to try to get a better life in São Paulo. I went through one small job to another, none in the ad business, and I had no time nor money to go to college. So I decided to take the more I could from the places I was working. And more important: from the people I was working with. And guess what? I learned that the human factor, care about other people, listen to what they want, is what make us go further. I went to college later, but I´ve never learned a better lesson.

What do you see as being the biggest change in the advertising industry since women have begun breaking the “glass ceiling” into senior executive level positions? Which are the challenges still facing women in reaching the upper echelon of management?

From the Brazilian perspective, the biggest change is that it is not a surprise anymore to have women in senior executive levels. In Publicis Brazil, for example, women occupy 61% of the leadership positions. Women success in the labor market in general contributes to a much more humanized corporative culture, to the creation of an environment rich in different points of views, and to the implementation of rules that reinforce maternity and paternity rights and the work-life balance. But there is yet a long way to go. Sexist behavior still shows its face in different forms, such as inconvenient jokes and different wages. These obstacles stand in the way of many women today. It is our responsibility, specially us the leaders, to change this context.

From Like A Girl to Fearless Girl, a raft of advertising campaigns have set out to empower women. How do feel about these campaigns and do you think that they might change attitudes within the industry?

I believe speech influences the practice and practice influences the speech. I work with P&G and I am very comfortable to say that it can launch a campaign such as Like a Girl because it is compatible with its practices. And, of course, when you have major forces like the bigger advertiser in the world striving for a cause so important as women empowering it impacts not only on the market, but on the society as well.

How have the recent #MeToo and #TimesUp movements played out in the advertising sector? Are they making a significant impact?

I believe so. And not only them. The feminist movement and the claims for a more respectful workplace are making all of us finally talk about problems we have for a long time and simply avoided to discuss. We are now taking important actions to fight against prejudices and chauvinism. Of course, we are still far away from the best world, but each step in this direction makes a difference.

Can you reflect on a mentor that helped guide you in your career and tell us what made them special?

I had two mentors in my career, both well recognized media executives: Paulo Gregoraci and José Reinaldo. They still working in the market and both of them have all the technical skills required not only to be an awesome professional but to be an awesome leader. Most of all, they are generous people who always care about other people.

How do you as a successful woman plan to inspire the next generation of women? In a few words, which advice do you have for women entering the advertising industry?

First of all, it's essential to open space for women empowerment through initiatives such as our project Entre – a free course we offer to women who are studying advertisement and correlated areas. As an advice, I will quote Winston Churchill: “never, never, never surrender”.

Seeking Help In A Jobs Crisis

There’s Still Much to Do: Sandy Mayer, Conill
Previous
Interview