Christine Gratton from Big Spaceship has recently been featured in the AdWeek's Creative 100. 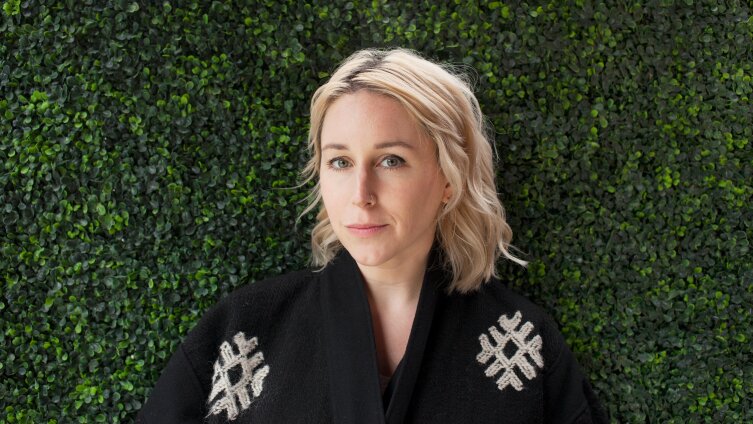 How would you describe the overall culture at your agency and would you say that there is a separate female culture?

I’m a firm believer that it’s the people who make the culture, not the place. And I’m lucky to work with a group of open-minded, tuned-in, whip-smart ones. Our differences aren’t just welcomed, they’re embraced. (Hello, Brooklyn.)

If there’s a separate female culture, I haven’t been invited yet. But we do have an insanely helpful, poignant, hilarious Ladies Slack Channel.

We share everything from relevant news and inspiring content, to opinions on microblading and the best apps for investing, to “SOS my zipper broke!”

As one of the Ladies so eloquently put it: “I never cease to be impressed by the vast value of this slack channel.” Needless to say, it gets a lot of “Meryl Yelling” reactions.

What do you see as being the biggest change in the advertising industry since women have begun to break the “glass ceiling”?

Having a seat at the table that matters. Not just being in the room to check a box, but actually being heard. More than ever, I feel valued for my opinions and ideas, both because I’m a woman, and regardless of my gender identification.

Talk about some of the challenges that women are still facing?

Being aware of the realities obviously doesn’t fix the problems; it’s just the first step.

So yes, I think a lot of women - including myself - are feeling more empowered, seen, heard, and valued. But old habits die hard. There’s still the occasional feeling of being dismissed, the underrepresentation of female leadership, the clients who feel more comfortable with men leading the work.

So I guess the biggest challenge is to continue the momentum, and use the strides we’re making to make more.

What steps do you take to ensure you achieve a healthy work-life balance?

Every morning, I give myself at least 1 hour of no talking. Either with a workout, or over a cup of coffee. Solitude - and silence - is energizing.

What professional achievement are you most proud of?

A few years ago, I did an ongoing campaign with Adobe that gave creative students the chance to “Make It” with career-launching professional experiences.

The last iteration I pitched was The World’s Biggest Student Art Show: turning 10 female students’ work into 10 hand-painted billboards across Bushwick ¾ all in the name of elevating the next generation of female creatives.

I had to fight tooth-and-nail with (ahem, female) clients for it to happen. But it did. And it was an inspiring, impactful, visceral moment that changed those women’s lives.
It was also the moment that I recognized how powerful it is to have a uniquely female voice. And began to see the potential of my own.


How do you as a successful woman plan to inspire the next generation of women?

Early in my career, I was often told that I could be “challenging” or “difficult to work with.” I believe that was code for “stop speaking up” and “smile more.”


I did not stop speaking up. And I continue to try to be the example of female creative leadership I wish I had in the room. A woman who is herself: feminine and strong-willed, insightful and empathetic, unafraid. Who shows that being challenging and collaborative are mutually inclusive. And that using your voice to create positive progress is the key to making work you’re proud of.