Palermo will play a key role in leading teams and helping facilitate the studio’s expansion into new markets. 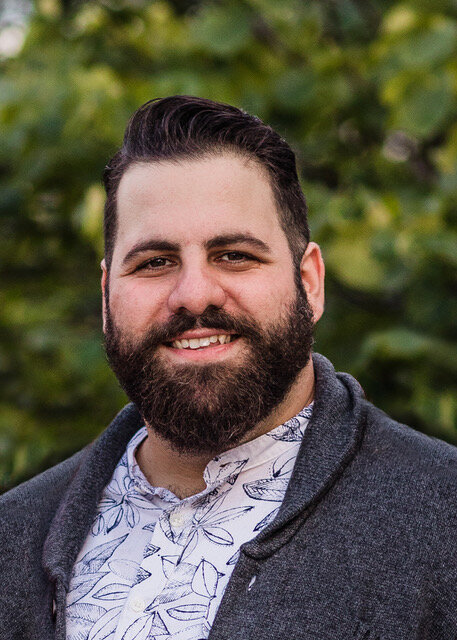 Almost Gold is excited to welcome Anthony Palermo as the studio’s Art Director. Palermo is a seasoned creative who has collaborated with countless brands, agencies, and creative studios to visually shape ideas with striking effect. The addition of Palermo is part of Almost Gold’s strategic growth, in which he will play a key role in leading teams and helping facilitate the studio’s expansion into new markets.

As Linas Jodwalis, Almost Gold Creative Director and Principal explains, “Almost Gold has never been a one man show; collaboration has always been a big part of our process. When we come up with an idea for a client’s project, it’s just an idea. It takes a team to expand upon and turn it into a concept that will become the final piece for a campaign. Having Anthony come on board to become a part of that process, elevates our capability to deliver the highest quality of work that our clients have come to expect.”

“His modern design sensibilities, matched with his senior level 3D skillset, makes him the perfect fit for AG,” he continues. “Not to mention he’s one of the nicest guys you’ll ever meet, and we have a strict ‘No Jerks Allowed’ policy here.”

The addition of Anthony Palermo is the union of longtime friends, as he previously worked with both Linas and Almost Gold’s EP, Paul Klinke, at several different production companies in Chicago. Palermo, who has been a longtime freelance talent, originally introduced Linas and Paul a few years into Almost Gold’s conception. He cites the shared history and a shared enthusiasm for collaboration as being central to joining the company.

Raised in Chicago, Palermo went to film school at Columbia College with a focus on animation. His talent for motion design quickly transitioned into a career in short form content for the advertising industry. Some of his more notable work was created for brands like Capital One, Jack Daniels, Career Builder, and the Venetian Resort in Las Vegas.

Since the studio expansion in 2019, with the addition of a full color suite, VO recording capabilities, and editorial rooms, Almost Gold has the capability of producing projects from conception to finish, or clients have the option of individual creative services.

During the pandemic shut-down, Almost Gold bolstered its studio technology to enable people to work from home, as many studios did, while expanding its talent pool as location was no longer an issue. With these changes, and the addition of a new CFO, Almost Gold began looking at business development differently, expanded its client base, and was able to fine tune the studio to a whole new level. “We’re really excited for this next phase! It feels like our studio has matured into a real player among the other big studios in town, and nationally,” shares Jodwalis.

The shut-down proved to be a busy time for Almost Gold with the production of a variety of commercial and social content, most notably for MFS, Positec, FedEx, CAT, Insperity, Champion, and others. The studio also facilitated the editorial for “Echo Boomers,” a film by Seth Savoy, starring Patrick Schwarzenegger, Alex Pettyfer and Michael Shannon. In addition, Almost Gold created the title sequence, along with several interstitials for the film.

About Almost Gold:
Almost Gold is a design-driven commercial production company based in Chicago’s West Town neighborhood. We partner with agencies, corporations and artists from all over the world, to produce content of the highest quality. Our industry experience, diverse skill set, and ever-expanding studio allow us to direct projects from concept to completion, specializing in Live Action, VFX, MoGraph, Editorial and Color. Find out more at https://www.almostgold.com/
TOPIC: PEOPLE-MOVES
Compartir en Facebook Compartir en Twitter Compartir en Linkedin Compartir en Email
Tweets by @adforum