Riccio’s reel displays his great strength as a people-driven storyteller on the docu and comedy commercial, film, and branded content landscapes.

He joins the TPSC family having recently been featured at the prestigious Just for Laughs Montreal Comedy Festival and in an exclusive in The New York Times for his film The Timmy Brothers – Water Makers. The short film is a witty and dry portrait of Bill and Terry Timmy, Brooklyn-based hipster water makers. It’s been recognized worldwide, featured on NPR, studied in a business class at the University of Michigan, and is the basis of a Harvard student’s MBA thesis. Paul's 2013 short film Space Cadet about a daydreaming teen and his pothead parents was a Best Short nominee at the Tribeca Film Festival. And his short film 8,336,615 (New York) was a Vimeo Staff Pick.

He has generated a variety of award winning content for some of the largest brands worldwide such as PBS, Funny or Die, Verizon, NASDAQ, and the NBA. His impressive resume includes multiple awards including The One Show, Cannes Lions, and an Emmy. “We're really excited to welcome Paul into the TPSC family. He's an amazing talent, so skilled in performance direction. He's also got a wonderful comedic sensibility mixed with an incredible attention to detail. His work and easy going, collaborative personality really jibes with TPSC's creative direction,” says EP/Head of Sales Dawn Clarke.

Known for his comedy-based dialogue expertise, Paul Riccio brings to TPSC an elevated sense of humor and a diversified background. He is a highly productive writer with a knack for improv and bringing out the best in his actors. “Part of what I love about filmmaking is the roll-up-your-sleeves aspect to it. Everyone having one direction and one goal: to make something really great and entertaining,” says Riccio.

Riccio’s collaborative spirit and joy for the business make him a great fit at TPSC. “It was evident when I met everyone at TPSC that they have a real handle on the industry, where it's headed and where the opportunities lie,” explains Riccio. “It's just not about shooting :30 commercials anymore. Hasn't been for awhile. Whether it’s for the internet or something that'll run exclusively on the back of an airliner seat - wherever it is, whatever it is, it’s all the same. You start with a great idea and endeavor to execute it perfectly. I’m glad to be with a company that has a firm grasp on this ever-shifting space. They just "get it," ends Riccio. 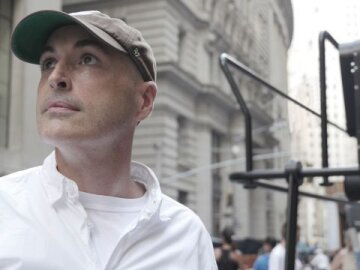 Todd Heyman is a visual storyteller with a great strength for conveying human emotion. He joins TPSC with an expansive creative background that... leer más
AGENCY: ,
Ver más Noticias