Cinematic created by our artists to "Metro Exodus" game is on top again. This time the trailer triumphs at Vega Digital Awards - "Artyom’s Nightmare" wins 4 trophies! Vega Awards promote talented artists and their creative work in digital communication. The "Artyom’s Nightmare" trailer was entitled Canopus Winner three times as the best one in three categories: "Animation", "Game" and "Visual Effects". Moreover, Tomek Suwalski won the title of Centauri Winner for being second in "Directing" category.

Cinematic created by Platige artists for Deep Silver and 4A Games tells the story of Artyom and it takes place in a post-apocalyptic reality. The hero influenced by a mysterious boy experiences disturbing visions that move him in time and space. The trailer was based on the original script written by the director himself. Therefore it allowed us to show extremely different locations, and maintain the continuity of events at the same time. 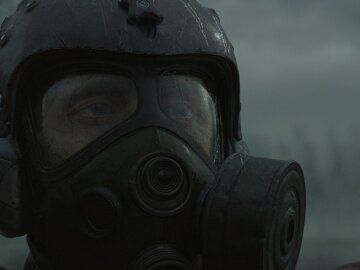 Starting on May 14th, on our website and social media channels you can see some of our studio’s most important productions, access unique archives... leer más
AGENCY: ,

As a part of its research and development works, Platige Image has introduced its latest animation short “Koala” powered by Unreal Engine 4. Koala... leer más
AGENCY: ,

The show "Pilots" is online

Going to the theatre may be impossible these days, but at least there is now a way to watch some shows. Many theatres are adapting to the current... leer más
AGENCY: ,

Our adventure with "The Witcher" continues